HOUSEHOLDS are facing plenty of pressures on their finances and Chancellor Rishi Sunak has a chance to ease the squeeze with his mini-Budget next week.Here is what Mr Sunak could announce in his much-anticipated Spring Statement to help with the cost of living crisis.
1Next week’s Spring Statement from Rishi Sunak is being seen as a mini-BudgetCredit: AFP
The Chancellor is due to deliver his Spring Statement on March 23.
It functions more as an update on finances compared with the full Budget statement in the Autumn.
But with rising energy and food bills, the war in Ukraine pushing up fuel prices and scheduled tax hikes in April, next week’s announcement is being treated as a mini-Budget.
The Government has already said that it will provide a £200 rebate to help with energy bills, and many households will also qualify for a £150 council tax refund.

But here are some ways that experts think Mr Sunak could go further.
Delay National Insurance tax hike
Prime Minister Boris Johnson announced a 1.25 percentage point National Insurance rise last summer that is due to take come into effect in April.
This is to fund a social care levy but critics warn it will add hundreds of pounds to the tax workers pay just as other costs such as the energy price cap are going up.
Most read in News Money
Both the Prime Minister and Chancellor have already rejected calls to delay the increase, but insurer NFU Mutual has questioned the fairness of the hike just as workers are facing skyrocketing energy bills.
Sean McCann, financial planner at NFU Mutual, said: “Delaying the rise by at least 12 months would also be welcomed by business owners, who face the prospect of paying more National Insurance at a time of rising costs in other areas like fuel and materials.
“If the hike does go ahead, employees and businesses can reduce the impact by paying more into their pensions using salary sacrifice.”
Cut fuel duty
The Russian invasion of Ukraine has already pushed fuel prices to record highs amid concerns about oil supply.
That is hitting motorists at the pumps, and has brought the average cost of filling up a family car to an eye-watering £90.
Motorists pay 57.95p a litre in tax on their fuel – and while it’s been frozen in recent years, cutting it could help offset the overall rise in costs.
Sarah Coles, personal finance analyst for Hargreaves Lansdown, said: “We’re not expecting anything beyond a freezing of fuel duty, but it’s important to be aware that fuel duty and VAT make up 52% of the cost of petrol, and that considering a cut in either would make a significant difference to the cost of filling up at the pumps.”
Increase tax allowances
Workers curren …
Read more……. 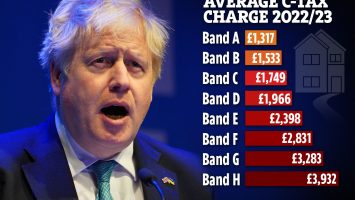 Seven ways for families to save money on presents this Christmas